Insecurity in Nigeria has revealed the incompetence of General Buhari’s regime, so much so that no one is safe from any region in Nigeria. Kidnapping has become a lucrative business since the government failed woefully to create an enabling environment for industrialisation which ought to have resulted in job creation for citizens.

The tragedy of Nigeria is that it is a country led by a mediocre ruler who promotes nepotism, injustice and oversees the reckless violations of human rights. We live in a country where abject poverty, depression, injustice separate a happy home and push them into crimes they never planned to indulge in.

Nigeria is a country that has lost its values and heritage despite the fact that many Nigerians do exceptionally well when they get out of the country. There, obviously, the atmosphere is conducive enough for them to put their talents to good use.

Nigeria laughably claims to be the ‘giant of Africa’ yet Boko Haram has on several occasions declared a caliphate on a portion of the country with their Islamic flag mounted to prove that they truly are in charge. Not only that, it is stale news that they have killed and kidnapped thousands of people. Despite the abundant evidence of their atrocities, Major-General Muhammadu Buhari has the effrontery to rehabilitate and reintegrate  them into the same society where they rendered thousands homeless. The so-called rehabilitation programme is a pat on the back, saying, “Well done, my people. You have done a great job.”

The curious thing is that these criminals in power did not bother  to proscribe Boko Haram nor did they prosecute them for the numerous crimes they’ve committed against humanity. In the same vein, bandits are being seen with powerful people at the corridors of power, dining from the same table. They are doing business by way of swapping kidnapped people with ransom paid by the government. Yet some governors are saying that they won’t stop negotiating with the criminals. The level of arrogance from political office holders in Nigeria is amazing!

General Buhari failed to know that leadership becomes easier when there’s justice and it becomes difficult when there’s injustice. And the greatest danger to Nigeria’s freedom is a government that ignores the constitution – like Buhari’s!

The high rate of poverty and illiteracy  in the North has metamorphosed into a major challenge that has been built upon for several decades. This has been a deliberate ploy especially with the conspiracy of Norther elites which is exhibited by way of using religion to force their victims against their wishes. These selfish Northern elites work consciously to sustain the status quo so that Norther illiterates permanently remain

He who knows the ills of darkness should not try to harm the moon. Nigeria is a crumbling country, and our lives end the day we allow the vagabonds in power to use all the resources within them to seize or silent our voices.

Since General Buhari’s regime is amazingly incompetent, the new trend now is to kidnap and then wait for the government to pay the ransom. There can be no doubt that Nigerians are suffering from the crimes they committed during elections. The government keeps taking loans to fund Boko Haram and bandits by way of ransom paying and rehabilitation. The regime then make repressive policies to drain  citizens’ legitimate businesses in a bid to sustain their flamboyant lifestyles. In General Buhari’s Nigeria, it’s government vs the people.

Instead of giving out a tax holiday as a lockdown bonus, General Muhammadu Buhari only knows how to increase VAT to frustrate people’s lives, whilst he empowers bandits and Boko Haram by giving them an enabling environment for negotiations. We’ve seen what happened in the case of the Kanrara students.

General Muhammadu Buhari only makes success in paying each terrorist group a ransom without considering the fact that the menace will keep on persisting as far as  the government gives room for denouncement, rehabilitation and reintegration into the society. The reality is that many Nigerians frustrated by General Buhari’s woeful regime will see this as a great opportunity to make money, then denounce their membership and be part of the government after negotiations.

This country is sitting on the keg of gun powder. It is either we toe the path of a revolution or divide the country. Nothing else! 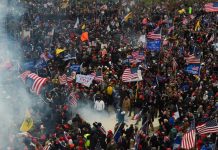 WHEN VOTES PERSUASION & PROTESTS FAIL THEY RESORT TO VIOLENCE 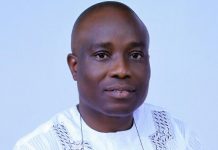 Unravelling the Facts About Abuja-Kaduna-Zaria-Kano Road: