What Big Brother ‘Pepper Dem’ has brought together, let no man put asunder; those were words that literally oozed out from former housemates, Khafi Kareem and Gedoni Ekpata, as they tied the knot yesterday.

Khafi took to her Instagram page to break the good news and shared their wedding photo.

She also wrote; “On this day last year I woke up engaged to the love of my life. The worst thing happened this year but through the tears and sorrow the best also happened too, and that is signing on the dotted line to spending the rest of my life with you.”

“We couldn’t celebrate this year (next year loading!) but genuinely, I celebrate and thank God every day for you @Gedoni. Cheers to married life #MrsEkpataLoaded.”

Khafi and Gedoni  met on the fourth season of the Big Brother Naija house and got engaged in December 2019, two months after the reality show ended.

Khafi was evicted from the show on September 15 while Gedoni got booted out first on August 25.

The reality TV stars came to limelight during the 2019 edition of Big Brother Naija show, where they developed interests in each other.

When  the show ended, Gedoni assured fans in an interview that his relationship with Khafi is beyond the show.

The reality TV star said, “I see a future with Khafi outside the house. I don’t know how she feels but this is my thought. She is a keeper.” 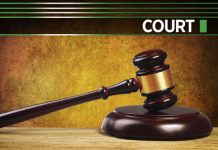 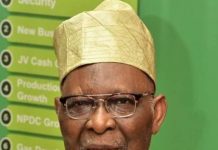 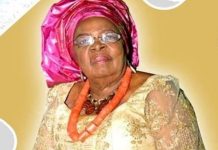 Buhari Hails Amaechi At 55, Prays For More Opportunities To Serve...