NCS Controller in Imo, Mr Kayode Olusemire, made the disclosure while displaying the seized items on Thursday in Owerri.

Others are Marcopolo bus, a Toyota Sienna, Toyota Sequoiar,  Nissan Pathfinder and a brewery truck, among others, used in conveying the smuggled items.

Olusemire said that the items were intercepted in Abia, Imo and Rivers, adding that operational activities were carried out simultaneously in other states of the federation.

The state controller who described the activities of smugglers as “unfortunate,” added that it was inimical to the economy and safety of Nigeria.

He advised the people to take advantage of the current farming season and Nigeria’s arable land to grow crops, and emphasised the need for patriotism and selflessness.

”Nigeria is blessed with arable land and in this farming season, we should be planting rather than smuggling. Let us eat what we produce and produce what we eat.

“It is quite pathetic that at a time when the whole world is putting heads together to conquer a ravaging pandemic, some persons are busy smuggling goods.

“This is inimical both to our economy and our safety.

“These are trying times. So, we have to be patriotic and eschew selfishness, greed and  dishonest gains,” Olusemire said.

He said that the NCS was working in close synergy with other security agencies in the fight against smuggling.

Olusemire called on members of the public to provide the service with useful information that would lead to the confiscation of contraband goodsnan. 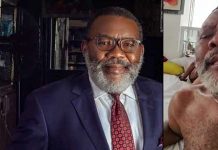 Plot to blackmail me over a business transaction will fail – Ogah