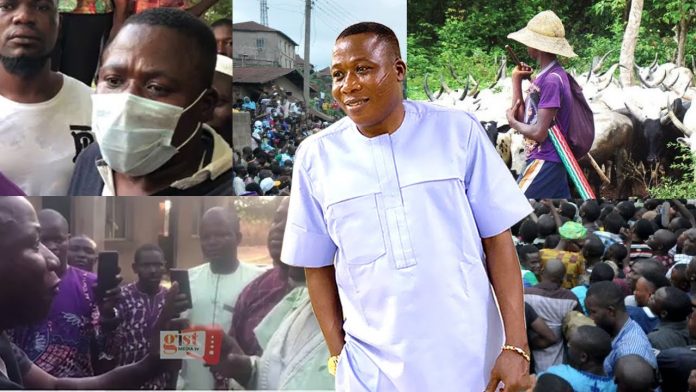 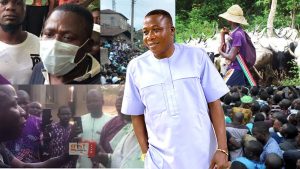 Attempt by a joint team of of security operatives that comprises of soldiers, Department of State Services, DSS and policemen to effect the arrest of Yoruba activist, Sunday Igboho was foiled by supporters on Friday.

Sources said Igboho was on his way to see Afenifere chieftain, Pa Ayo Adebanjo in Lagos when the joint team, numbering about 40 ambushed him and wanted to arrest him on Lagos-Ibadan Expressway.

His supporters reportedly resisted his arrest as commotion ensued between his supporters and the joint team which sought to arrest him by force.

This much was confirmed by the former Minister of Aviation, Femi Fani-Kayode. He said that the joint security team sought to violently arrest Igboho while on his way to Lagos to see Pa Adebanjo.

According to him, he just spoke with Igboho who confirmed that there was a violent attempt to arrest him by a joint team of soldiers, DSS and the police.

Fani-Kayode condemned the attempted arrest of Igboho, saying it would be very dangerous to do so, adding that if the security operatives wanted to see him, all they needed to do was to simply invite him and not to lay ambush for him.

In his words: “I just spoke to my brother Sunday Igboho. He told me there was a violent attempt to arrest him this afternoon by a joint team of soldiers, DSS operatives and policemen numbering about 40 on the Ibadan/Lagos Expressway whilst he was on his way to see Baba Ayo Adebanjo in Lagos.

“I condemn this attempt to ambush and abduct him. It is not only reckless but also very dangerous.

“If the security agencies want to see him all they need to do is to invite him to their office. I am not aware of any crime that he has committed & I urge restraint on all sides,” he said.

It will be recalled that Igboho had in January issued seven days ultimatum to Fulani herdsmen in Igangan, Ibarapa North Local Government Area of Oyo over killings of Yorubas.

After the expiration of the ultimatum, he came back to Igangan and addressed thousands of supporters, leading to tension in the area.