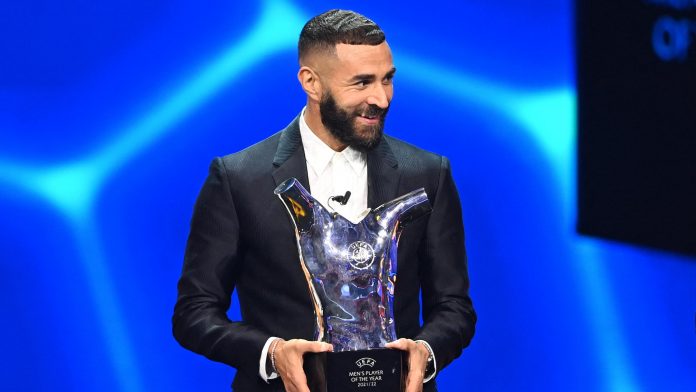 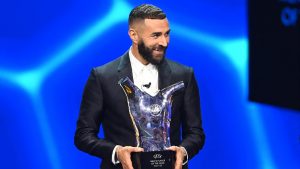 Real Madrid’s striker, Karim Benzema has been named UEFA Men’s player of the Year after doing massive exploit with the club last season.
The 34-year-old Benzema registered 44 goals and 15 assists in 46 appearances in all competitions for Madrid in 2021-22 and averaged a direct goal contribution every 66.42 minutes.
He led Madrid to win the La Liga, the Champions League and Super Cup. He was the star man for Madrid last season.

Benzema defeated his team mate, goal-keeper Thibaut Courtois and Kevin de Bruyne to win the UEFA Men’s Player of the Year award.
Many expected that Benzema would win the award and it went the right direction.
Alexia Putellas, the Barcelona and Spain midfielder, who is the current Ballon d’Or holder, has been named the Women’s Player of the Year.

England’s Euro 2022-winning boss Sarina Wiegman was named the UEFA Women’s Coach of the Year.
Speaking of the award, Carlo Ancelotti said last season was a special one for him and the club.
“There was a special connection between the experienced and the young players, then a fantastic chemistry with the supporters in our stadium,” he said.

On Karim Benzema, he added: “Karim is not only a striker, not only top scorer, he is a fantastic football player – he supports this with a great attitude, day by day, this year he improved his knowledge, he knows really well the game, and his leadership. He is a strong leader in the dressing room and a good friend of mine. We are lucky to have Karim.” 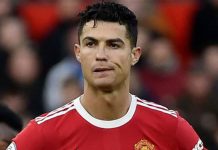 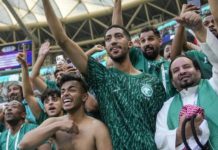 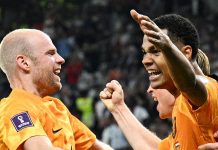 Why I was fired as Everton Coach — Koeman