Governor of Borno State, Babagana Zulum, has signed an agreement with 30 Saudi-based clerics to pray for peace in the state.

This was disclosed in a statement by the spokesperson to the governor, Isa Gusau.

He said, “An old man amongst them is said to have remained a Ka’aba devotee in the last 40 years.

“The Ka’aba is Islam’s holiest area located inside the grand Al-Haram mosque in Makkah.

“The aim is to combine different approaches that include sustained support for the Nigerian Armed Forces, aggressive mass recruitment and equipping of more counter-insurgency volunteers into the Civilian JTF, hunters and vigilantes as well as socio-economic approach in enhancing access to education, job opportunities and providing other means of livelihood through social protection initiatives.”

Gusau, who was present during Governor Zulum’s brief interaction with the devotees on Friday evening around the Ka’aba in Saudi Arabia, said “The governor was there to convey his deepest gratitude and to seek continued prayers.

“Rather than sending anyone, the governor was there to, on behalf of the good people of Borno State, thank them for their empathy and the compassion in devoting themselves to praying for us everyday at the Ka’aba which for us as Muslims, is the most sacred place.

“We need these prayers more than ever before.

“We are handling our problems from different approaches.

“Prayer is key in everything that we seek. We will continue to seek prayers from many fronts.

“We will keep supporting clerics of different faiths in Nigeria for the same prayers and we will seek the same from all of you that are always here around the Holy Ka’aba.

“The governor basically will beg that they continue to pray for us towards achieving three things: first, for us to regain peace in Borno State, all of the North and Nigeria in general.

“We will have to continue that prayer on a permanent basis because we need the peace that will be sustained.”

Zulum’s quest for spiritual intervention is coming days after Chief of Army Staff, Tukur Butatai, declared that a spiritual solution was required to end Boko Haram insurgency in Nigeria. 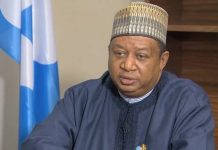 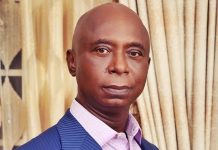