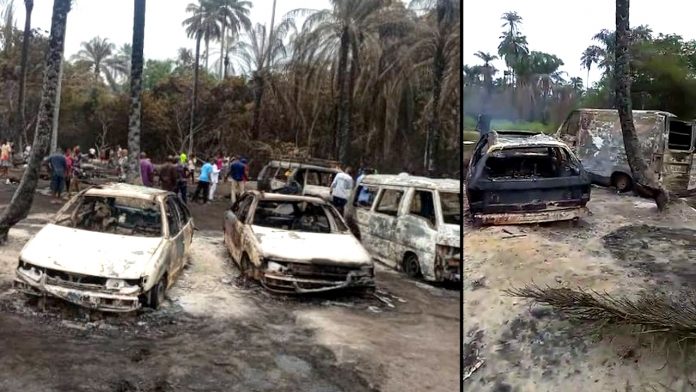 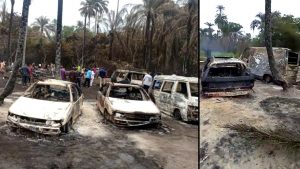 The death toll from the explosion at the illegal oil refinery at Abaezi, Ohaji /Egbema in Imo State has increased to 150.
The Acting Head of Operations, National Emergency Management Agency, Imo-Abia office, Ifeanyi Nnaji, revealed this to newsmen in Owerri, the Imo State capital. He said five corpses were discovered at the Orashi River, while five others died at the hospitals where they were taken for treatment.
He described the scene of the explosion as horrific, adding that the charred remains of the victims had been gathered and would be interred in a mass grave on Monday (yesteday).

He said: “We could not have the mass burial today (Sunday).

“It could probably be tomorrow.
“I am waiting for signal from the state government to undertake the exercise.” 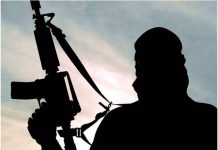 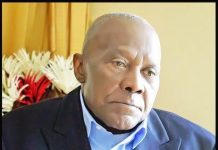 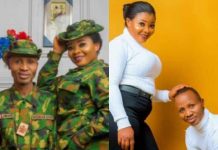 Militant Opens Up On Why Army Couple Were Beheaded