There is no doubting that recent incidence in the Nigerian Bar Association which include the formation of facsimile bodies of legal practitioners seem to reveal that the NBA is going through a turbulent and unprecedented time. These developments have generated hues and hubris from different quarters and strata.

What seems to be the straw that broke the camel’s back was the amendment of some provisions of the Rules of Professional Conduct for Legal Practitioners by the Attorney General of the Federation.

Needless to state that the air is thick with raging, reactions, reprimands, all kinds of anathema and diatribe from political pundits, lackeys and constitutional legal minds. This is looking very much like another season of imperceptibleness for the noble profession.

However, in order not to throw out the baby with the bathwater and without prejudice to the rationale for the amendment of the Rules by the Attorney General of the Federation, it is important to pensively consider the powers so conferred on him by virtue of Section 1 and 12(4) of the Legal Practitioners Act and other relevant provisions.

Section 1 of the Legal Practitioners Act 2004 as amended establishes the General Council of the Bar. By virtue of Section 1 of the Act, the quorum of the Bar Council shall be eight and the Council may make standing orders regulating procedure and proceedings of the Council. The composition of the General Council of the Bar includes the Attorney General of the Federation as the President, the Attorneys-General of the States and Twenty members of the Bar.

One of the functions of the General Council of the Bar as indicated in Section 12(4) of the Legal Practitioners Act, 2004 is as follows:

Be that as it may, my attention has been drawn to the statements accredited to the President of the Nigerian Bar Association to the effect that there were no consultations or notice to the members of the Association by the Attorney General of the Federation prior to the purported amendment of the Rules of the Professional Conduct.

Contrariwise, Chief Niyi Akintola SAN, who is a member of the General Council of the Bar has corrected the said notion by stating that consultations were duly made by the Attorney General of the Federation prior to the amendment of the Rules.

t is therefore obvious that the unfounded allegations that the lawful and exclusive authority and powers of the General Council of the Bar have been so unabashedly usurped by the unilateral action of the Attorney General have been duly faulted by the assertions and confirmation by the Learned Silk to the effect that consultations were made prior to the Amendment of the Rules.

For the sake of clarity and completeness, I must place on record, pronto, that as stated earlier, Section 1 of the Legal Practitioners Act provides that the quorum of the meeting of the General Council of the Bar shall be eight (8). It, therefore, presupposes that the only persons with the toga to fault the Attorney General’s decision, particularly the statements of Chief Niyi Akintola SAN as to the failure of some members to attend meetings, are members of the General Council of the Bar present at the meeting.

It is apposite in the instance to also add that I find it quite amusing and uncharitable that a lot of commenters are mistaken and misled by speculations. It is no surprise the spectators/observers are mostly excited. Whereas the insiders know better, it is about politics and law as in perception and reality.

The Attorney General of Federation by implication has indicated that the purpose of the Amendment was to bring the Rules in conformity with the Constitution of the Federal Republic of Nigeria, which clearly guarantees freedom of association and there have been agitations for several decades

on the need to disband the monopoly wielded by the NBA which I strongly believe is a step in the right direction.

Moreso, hundreds of facsimile Bar Associations such as the Christian Lawyers Fellowship of Nigeria (CLASFON), Muslim Lawyers Association of Nigeria (MULAN), Egbe Amofin, the Nigerian Lawyers Association (NLA), Association of Lawyers with Disabilities in Nigeria and many more. One is therefore left with an unresolved question as to the reason for the repartee and backlash against the person of the Attorney General of Federation for allegedly amending the Rules of Professional Conduct on the heel of tribalism and ethnic favouritism.

It could be recalled that I have foretold it that until the Rules of Professional Conduct is amended, the Attorney General does not have the power to whittle down the enormous monopoly of power wielded by the Nigerian Bar Association.

I also indicated that the day that the NBA is registered as an incorporated trustee is when it loses its monopoly. It is needless to state that my prophecies have come to pass and the chicken has come home to roost for the NBA. Nobody should blame the Attorney General of the Federation for exercising the powers of his office.

I am compelled to admonish that as ministers in the temple of Justice and as members of this noble and sophisticated profession, lawyers are supposed to be bound by a code of conduct, embracing courtesy and chivalry which are the founding tenets of this noble profession rather than raising arguments frivolously fritted on the altar of making needless point and raising banters like market women.

Perhaps, we should look inward and strategize on ways to ensure the unity of the profession rather than allowing unfounded assumptions to pummel and pulverize the labours of our founding father 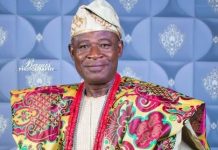 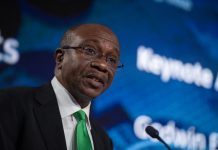 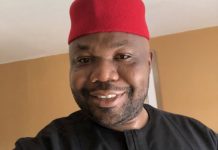 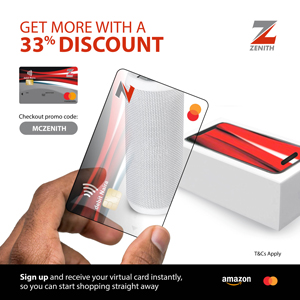 INEC NOT OPERATING AS AN INDEPENDENT BODY- NED NWOKO

I WILL NOT SPARE ANYONE INVOLVED IN CRIMINALITY- BUHARI

Why I Rejected N2BN from A foreign broadcasting company- Kawu

WE HAVE CUT NNPC LOSSES BY N800BN WITHIN ONE YEAR- MELE...