34 years old, Chinyere Jane Ijikere, the Managing Director of El-Addis Travel Limited, Lagos is currently swimming in troubled waters. This is because she was arrested and charged before an Apapa Magistrate’s Court, Ajegunle, Lagos for allegedly obtaining the sum of N1, 470,000 from a prospective visa seeker, Emekamebere Evans under false pretence.

According to the police, problem started for Ijikere when in February, 2019 she falsely represented herself to the complainant as a visa agent and the Managing Director of El-Addis Travel Limited and collected the sum of N1, 470, 000 from him to process a Canada and Vietnam visa for him to travel abroad.

Police further alleged that after the defendant collected the money from the complainant, she failed to provide the visas for him and also failed to refund the money to him, switched off her phones and escaped.

Following the development, the complainant reported the incident to the Divisional Police Officer in Charge of Festac Police Division who directed his men led by Inspector Celestine Nwangwu to fish out the defendant and the police team tracked and arrested the defendant at a hideout in Lagos.

Ijikere, a resident of Hassan Oroki Street, Orile Iganmu, Lagos from Mbaino area of Imo State was charged before the court on three counts of obtaining money under false presence and stealing.

Tyonyiman told the court that the defendant tricked the complainant and collected the money from him to process a Canada and Vietnam visas knowing well that her claim was false.

The defendant, however, pleaded not guilty to the charges and Magistrate A.O Olorunfemi granted her N500, 000 bail with two sureties in like sum.

Olorunfemi adjourned the case till 29 November, 2021 for mention and ordered that the defendant be kept at the Festac Police Division till she perfected the bail conditions in compliance to the COVID-19 protocols. 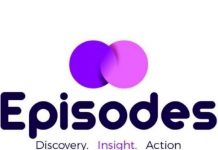 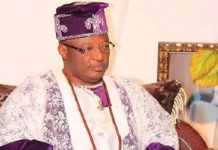