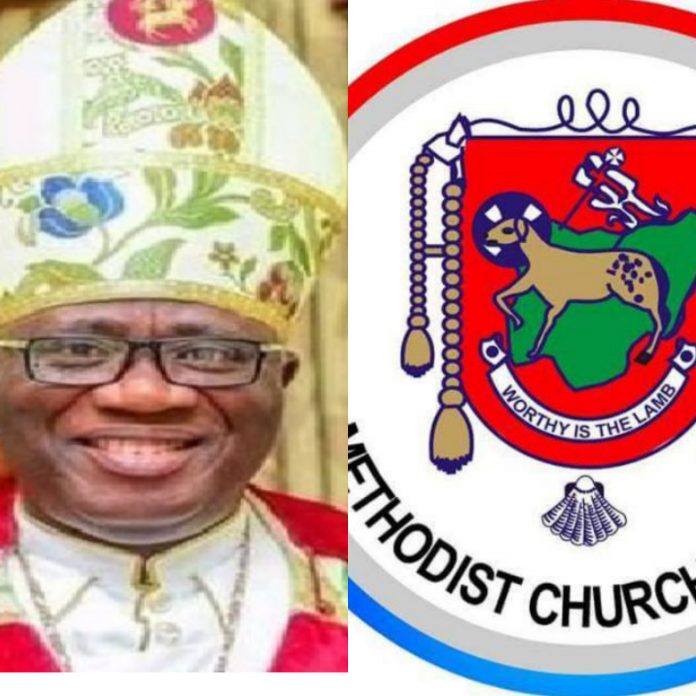 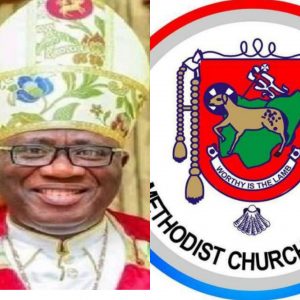 More facts have emerged on the kidnapp of the Prelate of the Methodist Church of Nigeria, His Eminence, Samuel Kanu-Uche. The clergyman was abducted by bandits suspected to be fulanis in Abia State. He said the kidnappers collected the sum of N100m which was paid by the church to secure his release.
The cleric, who spoke during a press briefing in Lagos on Tuesday, said the kidnappers showed him decomposing bodies of some past victims.
Kanu-Uche was abducted on Sunday along the Enugu-Port Harcourt Expressway in the Umunneochi Local Government Area of Abia State.
He was taken together with his chaplain, Very Rev. Abidemi Shittu, and the Bishop of Owerri, Rt. Rev. Dennis Mark.

The prelate said his team was going to the airport when they were attacked.
He said, “In order to catch up with my flight at 4pm, we took off by 2pm to go to the airport, oblivious of the fact that kidnappers were waiting on the road.
“As we were descending to Ileru in Abia State, they came out from the bush and divided themselves into three groups.

“Some were at the back, some at the centre. Then there was another group in front to make sure we did not run away. They fired shots at our vehicle and eventually abducted three of us. The communication man of the church and the driver escaped.
“They took us into the bush and tortured us. In the process of the torture, I hit my right eye on a tree and even when blood was flowing and was soaking my handkerchief, they did not feel like anything happened. All they said was that we should follow them.”
He noted that the eight-man gang was made up of “Fulani boys,” who claimed to be against the government.
The cleric said only one of the hoodlums understood English, while others spoke Fulfulde.
“They even said that if they get Buhari, they will chew him to pieces because he had disappointed them.
“We were taken into the bush and we trekked up to 15 kilometres. Eventually at 11pm, they said we should negotiate and each of us should pay N50m, making N150m,” he added.
He said when he tried to reduce the ransom, the gang threatened to shoot him, adding that their leader was about 35 years old.

Kanu-Uche said the men later pegged the ransom at N100m.
The cleric said he reached out to leaders of the church and his wife to raise the money by all means.

The prelate said he observed that military men were around the place where the hoodlums operated, while their cows were also around the vicinity.
“They pointed their guns at us. They threatened that if we involved the DSS, police or Army, they would kill us.
“They said down there, there is a gully of seven decomposing bodies and we cut off their heads. We also perceived the odour of killed human beings.
“Their leader asked for five Ghana-Must-Go bags for the N100m. He also said Lagos is on their radar.
“I am asking that the government should act now before another thing starts to happen.

“The Methodist church sent N100m for the three of us who were kidnapped. The money came from members of the Methodist Church of Nigeria. The Nigerian Army is complicit in the kidnapping,” he added.