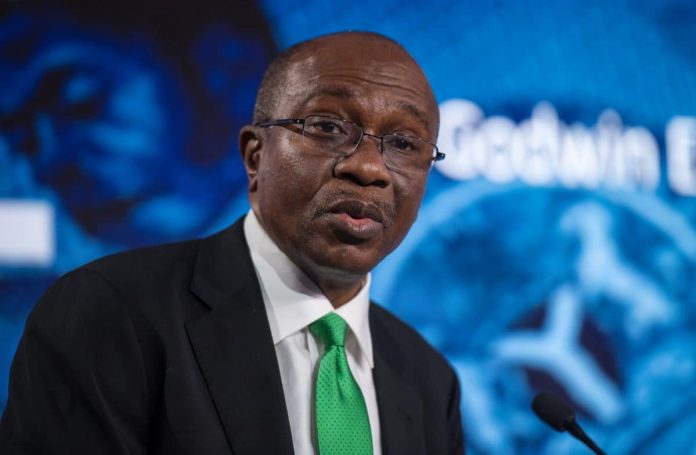 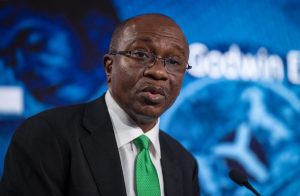 A civil society, the Nigerian Youth Initiative for Good Governance, has called for the removal of the Governor of the Central Bank of Nigeria (CBN), Mr Godwin Emefiele, over the nation’s poor economy under his watch.
The group also accused him of incompetence and pitiable handling of monetary and fiscal policies which have worsened the nation’s economy with proofs in inflation, weakened naira among other economic defects.
NYIGG threatened to mobilise Nigerians to stage a protest in the next seven days if Emefiele fails to resign voluntarily.
The call was made on Monday, in a statement delivered at the world press conference by the group on Monday signed by the group’s convener and national coordinator, Adeyemi Lukman Owolabi.
A copy of the statement made available to NATIONAL WAVES  partly stated, “How can a man who claims to be a renowned economist on inauguration as CBN Governor meet the Naira exchange rate at N155 to a dollar and as at today is N570 to a dollar? This shows that his monetary and fiscal policies are nothing to write home about.”
“The current state of our nose-diving economy calls for the concern of all. The leadership of Nigerian Youth Initiative for Good Governance (NTIGO) hereby calls for immediate removal of Mr Godwin Emefiele the Governor of Central Bank of Nigeria for gross incompetency due to his inability to save the Nigerian economy from further failure as indicated through his ineptitude to provide viable economy, price control, a strong naira and a stable exchange rate.
“He may choose to voluntary resign because we will be left with no choice than to mobilise Nigeria masses that are at the receiving ends of his failed monetary policy and financial mismanagement to occupy CBN until his removal is effected in the next seven days,” the statement further read partly.