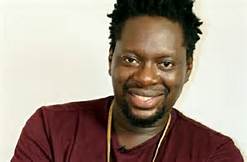 According to MC TBoy who described the event as part of his life, it will be covering other angles of entertainment like dance as well as what is notable for Owerri people, which is bongo music.

‘We’ll also have Ababanna and Shama Melody at the event because we want to make sure everyone is happy no matter what they love.

It is going to be a special event for me, the artistes and everyone coming over for it that night and we are working hard to ensure everything goes according to plan, while believing in God for a good weather especially”, he said.

With DJs Saquo and Toski on the wheels of steel, the event will be kicking off with red carpet hosted by a star studded crew by 7:00PM on Friday, June 2, 2017.

Tickets for the event are up at N500 for regular; N3000 for VIP; N5000 for VVIP; N100,000 for table for eight and they are available at SLOT Owerri, HOT FM Owerri, Priceless Stores, Genesis Cinemas, Bongo Center, and Titanic View Hotels.