Home News “My father, Eight Others Should Be Exonerated not Pardoned – Saro Wiwa’s... 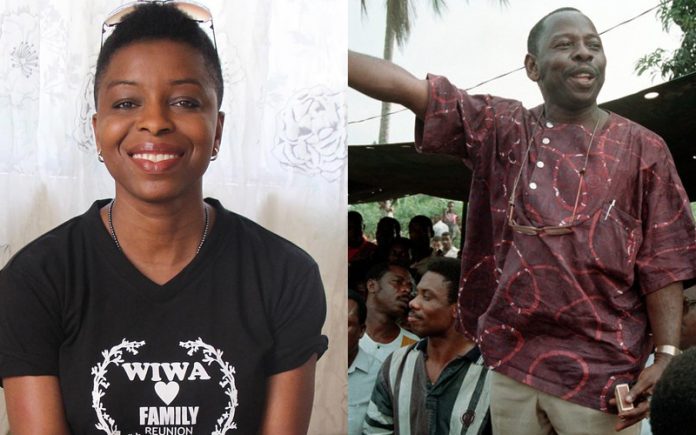 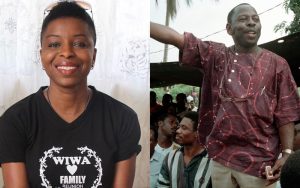 The daughter of late Ken Saro-Wiwa, Noo Saro-Wiwa  has called for the exoneration of her father and eight other Ogoni activists executed by a former military regime 26 years ago.

Saro-Wiwa and eight of his kinsmen, who became popularly known as the Ogoni Nine, were sentenced to death on November 10, 1995 by a special military tribunal set up by the Nigerian Government under Gen Sani Abacha.

The British-Nigerian author made the call on Sunday, October 24, after President Buhari hinted on possible post-humous state pardon for the Ogoni 9.

Taking to her official Facebook page, Noor said that her father and his colleagues were innocent and must be exonerated not pardoned.

“My father and his colleagues must exonerated, not pardoned. They were innocent.” she wrote.

Buhari gave the hint on the state last Friday, when he received some of the leaders of land led by the President of the Supreme Council of Ogoni Traditional Rulers, His Majesty King Godwin N.K. Giniwa, at the State House, Abuja.

“Despite the grievous circumstances, the Federal Government will consider the request for the grant of pardon to finally close the Ogoni saga,” Buhari told the Ogoni leaders.

“Furthermore, we are committed to ensuring clemency and national integration as part of this Administration’s bid to lay the foundation for genuine reconciliation and bring closure to the issues of Ogoni Land. The unfortunate incidents of the early 1990s leading to the loss of lives of distinguished sons of Ogoni Land and the collateral judicial processes are indelible in our memories,” Buhari added