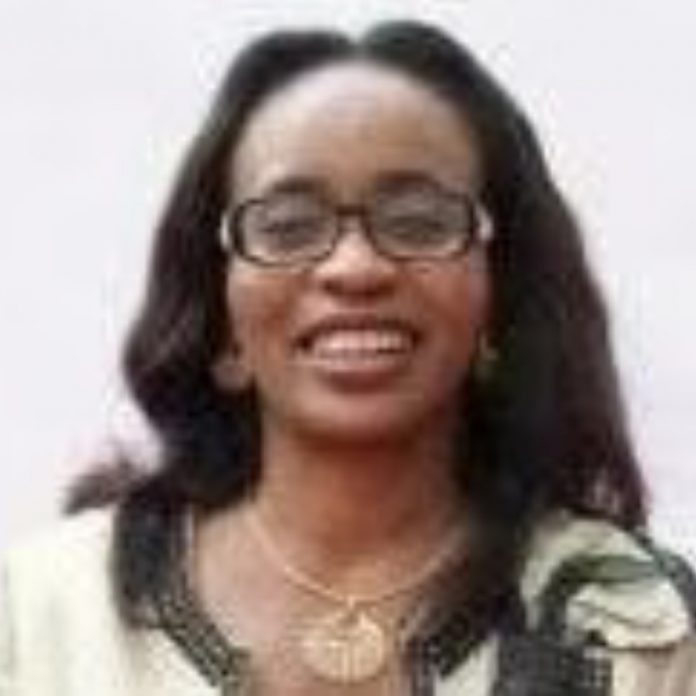 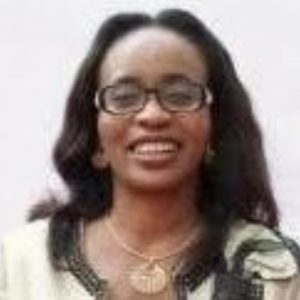 When the late Professor Dora Nkem Akunyili happened in the ecosystem of the National Agency for Food and Drug Administration and Control (NAFDAC) as the agency’s Director General in 2001 and served for eight years, her performance hugely validated her choice. She made both her recommender, General Muhammadu Buhari who was a former Chairman of the defunct Petroleum Trust Fund (PTF) and appointer, General Olusegun Obasanjo, who was already in the saddle as President of Nigeria, very, very proud.

The legend of Dora Akunyili’s greater manifestation in the public space on the platform of NAFDAC has it that while she was in her little corner as the zonal secretary of the PTF, coordinating projects funded by profits from oil, in Nigeria’s southeastern states, she applied for funds for medical care abroad. She got the funds and travelled. But on getting there, the initial prognosis turned out to be wrong and therefore she would not need to go through the procedure for which fund was approved for the travel. She returned to Nigeria and retired the fund. She returned the unspent funds to the coffers of the PTF. It was a rare occurrence, which General Buhari took administrative notice of.

Buhari would later, while preparing his handover note of his stewardship to President Obasanjo, include that demonstration of accountability, prudence and integrity in government in the critical document. It was while perusing the report that President Obasanjo saw it and decided to tap Dora Akunyili, a pharmacologist, for the position of NAFDAC Director General. For eight years that she was in the saddle, Akunyili did not disappoint. She demonstrated both bravura performance and uncommon gravitas in the task of sanitizing the food and drug industry in Nigeria, putting food and drugs counterfeiting cartels in serious discomfiture. In her evangelical mission of ridding the country of counterfeit drugs, she survived an assassination attempt on her way to Anambra State on December 26, 2003. She would later be appointed Minister of Information and Communications. Today, posterity remembers her kindly and the validation by history of her excellent stewardship is a collective approbation that eternally belongs to Obasanjo, Buhari and the archetypical Amazon herself even in death.

Significantly, Akunyili was the first woman Director General to have rambunctiously led the charge in the total battle against counterfeit drug. Successive Directors General had built on the solid foundation laid. If there was a remarkable legacy that Akunyili left behind, it was the shattering of the myth that the battle against counterfeit drugs cartel was not a forte of a woman.The era of Dr Paul Botwev Orhii, heralded the use of cutting-edge technology to check against substandard and falsified medical products and the deployment of digital platforms to support regulatory processes. His successor was Professor Mojisola Adeyeye, a second woman DG.

Without a doubt, the appointment of Mojisola, wife of Professor Sola Adeyeye, a one-time Senator of the Federal Republic of Nigeria, was politically influenced. With Adeyeye’s quiet exit despite her equally quiet but fruitless effort to secure a second term in office, an insider at the agency and the most senior director has been appointed as acting Director General. My initial reaction as a media professional who scouts for news every second of the day was: “Monica who”? The husband’s name would later be somewhat difficult to pronounce. But then, my initial outburst of “Monica who?” would subsequently form the basis of an animated bid at deconstructing another woman who has just stepped in the saddle at NAFDAC.

Even after my enquiries disclosed that she is Monica Hemben Eimunjeze, a Benue woman who is married to an Edo man, the interest to locate her within the vortex of performance in the agency and her pedigree became much more intense. From credible feelers, she has impacted positively the administrative and operational architecture of the agency. Her work output derived from her disciplined educational background that saw her earn a bachelor of Pharmacy at the Ahmadu Bello University, Zaria, in 1986, a Doctor of Pharmacy (PharmD) from Mercer University, Atlanta, Georgia, USA in 2007 and Master of Science (Biotechnology Innovation and Regulatory Science) from Purdue University, USA in 2017.

Instructively, reports say she has been around at the NAFDAC since 2009 starting off as Technical Assistant to the DG and serving as industry liaison with responsibility for NAFDAC Mobile Authentication Service (MAS), the cutting-edge technology for checking against counterfeit drugs. Her industrial experience from her years in Glaxo Nigeria and exposure to other practice areas have stood her in good stead. With focus, commitment and hard work, she attained the position of Director in 2012 and has been in charge of Registration and Regulatory Affairs while also serving in the Drug Evaluation and Research Directorate. She was appointed as Acting Director General of the agency as the most senior Director among the twenty-seven directors in the agency.

There was a report in the media about how happy workers were at the announcement of Monica Hemben Eimunjeze as the acting Director General. Both existential and incidental reactions speak volumes about the quality of relationship that she has with staff members.Confirming her as the substantive Director General would inspire confidence in the workers and create in them the possibility mentality that from within the system are potential Directors General. For once, an outsider should not be brought in to assume the driver’s seat when there are qualified and capable officers in the system with vast institutional memories.

If I am not mistaken, the Federal Government has promoted that thinking and praxis in recent times in filling vacant leadership positions in some departments, agencies and parastatals;the burgeoning policy has been largely salutary to robust administration leading to first-class performances. Samplers: when at the Nigerian Export Promotion, Council, NEPC, the Executive Director/CEO, Mr Segun Awolowo, an outsider, completed his eight-years of two terms, Dr Ezra Yakusak, an insider, who was Director of Policy and Strategy in the Council, was appointed a year ago to succeed him; and he has been restlessly delivering on the mandate of his office. At the National Bureau of Statistics(NBS) where an outsider, Dr Yemi Kale, held sway as Statistician General for two terms of eight years, an insider, the late Dr Simon Harry, succeeded him. Following the death of Harry seven months after his appointment, another insider, Prince Semiu Adeyemi Adeniran, who was Director of Demographic and Household Statistics, was appointed by the Federal Government. Even in death, the positives of Harry’s epochal leadership continue to be referenced in the ecosystem of the NBS. Prince Adeniran is charting the same trajectory and replicating Harry’s uncommon leadership drive and sagacity.

The point being made here is that at NAFDAC, the federal government should look in the direction of an insider and having tapped the most senior director, Monica Hemben Eimunjeze as acting DG, her appointment as substantive DG should be consummated. The consensus among her colleague-directors and staff members is that she has the pluck, guts, foresight, equanimity and discipline to provide a sharply-focused leadership at the agency.

Apart from that, let me play the devil’s advocate: why empower or capacitate a woman after all? Although, this is moot, the belief in several circles is that the appointment of Monica Hemben Eimunjeze will somewhat speak to Africa’s stern paternalistic and conservative milieu where the “gentler gender”-the female of the human species-is perhaps, only expected to speak shyly and softly and carry a handbag. Not any longer. That entire self-serving, male gender conjured motif is being buried as new Amazons enter the fray and are changing the harsh, historical narrative – in all the fields of human endeavour. The late Professor Akunyili and Professor Adeyeye had done so at NAFDAC. Dr Monica Hemben Eimunjeze is at the cusp of history and can do it! She might just be the proverbial chip off the old block, clearly drawing from her enormous focus.
The federal government is, with all sense of responsibility, called upon to deliberately apply an accommodative lens to the succession process at NAFDAC and resolve appointment of substantive Director General in her favour.

● Ojeifo, a media professional, contributed this piece from Abuja via ojwonderngr@yahoo.com 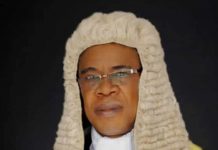 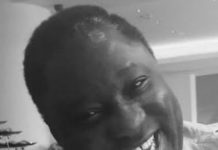 Tokunbo Afikuyomi; Celebrating a Symbol of Progressive Leadership at 60. 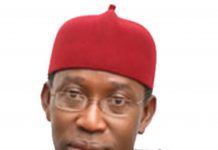 Did Okowa really betray the South? By Goodnews Agbi

Nigeria Will Be Great Again

THE PROFESSOR AND THE KINGMAKER PART 2″