Obaseki gave the ultimatum while inspecting the correctional centres and the police facilities destroyed by hoodlums in Benin.

He was accompanied on the inspection of the destroyed facilities by the deputy governor Philip Shaibu, Secretary to State Government, Osarodion Ogie, Chief of staff Ethan Ozamere, DIG Celestine Okoye, and Commissioner of Police Johnson Kokumo among others.

According to him, the destruction was never in the spirit of EndSARS but an act carried out by criminal elements.

“This is sheer criminality while the real protesters were focusing on the reform of our policing system and not to destroy government property, destroy prisons, and release inmates.

“We condemn the act wholeheartedly and we expect that even the EndSARS protesters would join us in condemning this dastardly act.

“The government cannot sit down and fold its arms to allow the breakdown of law and order in our society because everybody would be affected.

“Having undertaken the assessment and seen the extent of destruction that has taken place, we would now move swiftly into action.

“Fortunately, the Inspector-General of Police, Mohammed Adamu, understanding the gravity of what has happened in Edo has asked the DIG of Police, Celestine Okoye, to come to Benin to put the situation under control.

“We are also fortunate that the Commander-in-Chief of the Nigerian Armed Forces has allowed the military to join the Police in stabilising the situation to bring things under control.

“What we have a problem with are hooliganism and sheer brigandage and that we will not accept or tolerate in Edo State,” he said.

Obaseki advised all the fleeing inmates to come back on their own before the close of business on Friday.

“If they come in and go to the Nigeria Police Force Command headquarters in Benin nothing will be done to them,” he added.

”Those who do not return after Friday night, we have all their records, we have their biometrics, appropriate sanctions will be meted out against them. 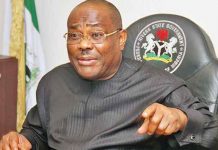 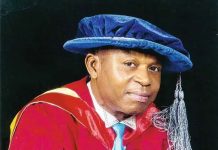