That Delta State Big Boy and Group Managing Director, BGL Securities, Albert Okumagba who died a couple of hours back as a result of complications arising from heart attack encountered some trouble times which ostensibly culminated into his untimely death is no longer news.

Okumagba’s travails started when operatives of the Economic and Financial Crimes Commission, EFCC, arrested him for offences bordering on stealing and obtaining money by false pretences in September 2015.

Okumagba’s arrest was on account of a petition submitted to the anti-graft agency by the Security and Exchange Commission, SEC, in May, 2015. He was alleged to have diverted the sum of N28.9billion being proceeds of private placements of 4.3 billion ordinary shares of 50k each at N7.00k per share in 2007.

The company, whose subsidiaries include BGL Capital, BGL Private Equity, BGL Security and BGL Asset Management, allegedly lured 50 investors from across the country into subscribing to the company’s shares, promising them options of liquidity and exit within two years.

The liquidity and exit options offered the investors, which were contained in its memorandum of private placements, implies that the investors would get value for their investments through one of its subsidiaries, BGL Securities Limited.

BGL was alleged to have moved the sum of N28.9billion to an offshore account belonging to one of its subsidiaries, BV1 Club 1, British Virgin Island.

The company was also said to have refused the investors the opportunity to liquidate their assets as promised.

It did not stop there, Okumagba and top executives of BGL Group and its subsidiaries were also dragged before Chief Magistrate Court, Wuse Zone 6, Abuja over alleged capital market fraud.

They were arraigned in September 2017 following a petition against them to the Securities and Exchange Commission (SEC) by some investors, namely Mahmoud Usman, Ann Orsule, Sylvanus Ghasarah, Eno Efanga, UN Staff Thrift Credit Cooperative Society of Anambra State (Abuja office) and Adejoke Atte.

The petitioners had complained that Mr Okumagba and other top officials of the company failed, refused and/or neglected to liquidate their investments in both the Guaranteed Consolidated dated notes and Guaranteed Premium Notes, among others.

In exercising its regulatory responsibility as enshrined in the Investment and Securities Act (ISA), SEC, through its APC said Messrs Okumagba, Edozie and other respondents engaged in acts capable of adversely affecting investors’ confidence in the capital market.

The commission cancelled the registration of BGL Securities and BGL Assets Management in May 2016, while Messrs Okumagba and Edozien were banned from capital market operations for a period of 20 years.

Also, the capital market regulator ordered Mr Okumagba’s companies to refund to investors over N2 billion for market infractions contrary to Sections 96, 312, 322 and 323 of the Penal Code Law, Chapter 89.

SEC stated further that the two companies would pay additional fine of N25 million for breaching Rule 1(iii) of the Code of Conduct for capital market operators. 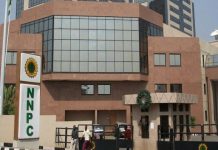 NNPC Cautions Against Hoarding, Says No Increase in Fuel Price in March 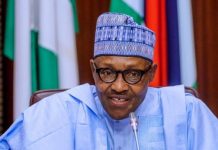 Jangebe Schoolgirls’ Abduction Will Be The Last In Nigeria – Buhari 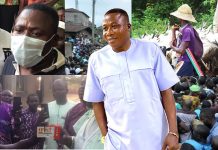