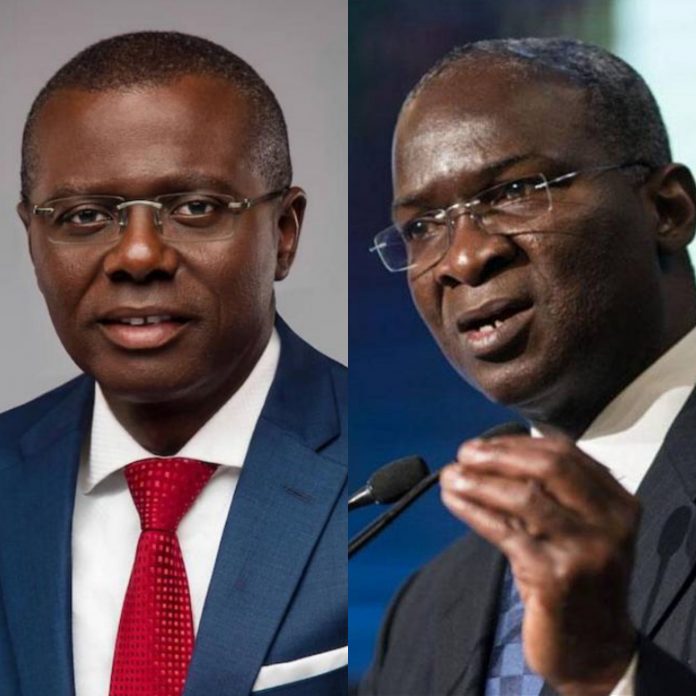 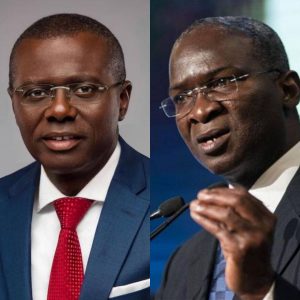 Lagos State Governor, Mr. Babajide Sanwo-Olu, has congratulated the Minister of Works and Housing, Mr. Babatunde Fashola (SAN), on the occasion of his 59th birthday.

Sanwo-Olu, who was Commissioner for Establishments, Training and Pensions during Babatunde Fashola administration in Lagos State, described the former Governor as a seasoned administrator, legal icon and technocrat who has used his skills and positions in different capacities for the growth of Lagos State and Nigeria.

Governor Sanwo-Olu’s congratulatory message was contained in a statement issued in Lagos on Monday by his Chief Press Secretary, Mr. Gboyega Akosile.

The statement read, “On behalf of my adorable wife Ibijoke, the good people of Lagos State as well as leaders and members of the All Progressives Congress (APC), I heartily congratulate my brother and one of my predecessors, Mr. Babatunde Raji Fashola (SAN) on the occasion of his 59th birthday.

“Mr. Babatunde Fashola is a true ambassador of our dear Lagos State. He was a major pillar of support as Chief of Staff when our National Leader and Presidential candidate in the 2023 election, Asiwaju Bola Tinubu was Governor of Lagos State. His commitment, loyalty and track records made him a worthy successor to Asiwaju and he built on the solid foundation and master plan laid down by our leader.

“Lagos State witnessed growth and development during Fashola’s tenure as two-term governor. As our class captain, he set a high standard and raised the bar of corporate and good governance in Lagos. He served our dear state passionately, leaving behind a legacy of outstanding achievements and laudable projects, which are visible in different parts of the State to date.

“Mr. Fashola’s contribution to the success of the President Muhammadu Buhari-led APC government is commendable. He was trusted with three portfolios as Minister of Power, Works and Housing by President Buhari between 2015 and 2019. His stellar performance is evidently addressing infrastructure and housing challenges in different parts of the country.

“On this special day, I wish our own BRF (Babatunde Raji Fashola), the very best that life can offer. I wish him more years of joy and good health for continued service to the State, Nigeria and humanity as a whole.” 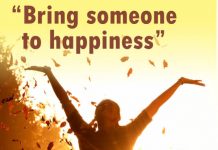 CBA FOUNDATION TAKES INTERVENTION AMONG UNDERPRIVILEGED WIDOWS TO THE NEXT LEVEL, WITH THEIR SOCIAL ENTERPRISE INITIATIVE 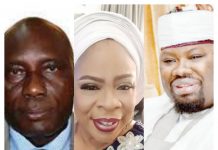 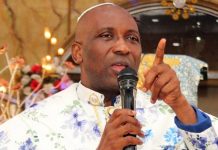 Update On Ondo Detained Kids: God Instructed Me To Hide Them...