It will not be out of place to say that Alhaji Abdullahi Dikko Inde, the Comptroller-General of Customs is one custom boss whose achievements will not be forgotten in a hurry. In fact, he has successfully laid an unprecedented legacy which will be difficult for his successor to equal.

Take a look at the manner in which he turns around the Customs and you will concur that Inde is indeed on course. His achievements have also been recognized on the international scene and this explains his recent re-election as the vice chairman of the Central and West African Region of the World Customs Organization (WCO), a body which has 177nations as members and carries out tasking and demanding functions. Dikko’ re- emergence shows that his noble achievements are not only celebrated at home but at the international front.

As regards the welfare of staff, the officers and men of the Nigeria Customs Service have never had it so good as their salaries were increased by 100% by the indefatigable Comptroller General. Not only that, after successfully completing the construction of the Nigeria Customs Staff College, Gwagwalada, Inde assembled the power that be led by President Goodluck Jonathan to perform the commissioning. The ultra modern staff college was built for the training of officers and men of the Customs. He has commenced  an owner-occupier housing scheme at the cost of N 1.2 billion in Kagini, Kabusa and other areas in collaboration with Coops Savings and Shelter Africa. Helicopters were purchased for adequate surveillance. There have been moves to partner the Nigerian Navy to cover the Atlantic Ocean.

Alhaji Dikko Inde is quite concerned about the capacity building of the officers and men of the Customs. To ensure this took off smoothly; he created a new Department of Human Resource Development (HRD) to fortify the urgent priority of training and retraining of officers and men of the service to restore and enhance professionalism and productivity. Towards ensuring capacity regeneration, the department has already facilitated the training of more than 80,0000 senior and junior officers of different departments in different training/ Workshop and seminars both locally and internationally on specialized courses which includes training and workshops on ASYCUDA, Enforcement and Drugs, Tariff and Trade, Accounts and Audit, Medical Courses, Technical, General office Administration and Human Resources. To complement efforts of other equally proactive security agencies, especially in the present circumstance of national security challenges, about 50 officers and men of the Provost Unit have been successfully trained on security related matters at the Nigerian Army School of Military Police as a result of the Service’s enlistment into the school’s Security Enhancement Programme.

The Dikko Inde leadership has continually prioritized the capacity enhancement of the Customs officers and men on the handling of modern and sophisticated weaponry.  So far, about, 1, 251 men have been trained across different competences locally and internationally, while two recent major promotion exercises have seen to the elevation in rank of 8,906 officers of the Service.

The challenge of combating smuggling through effective border patrols has also received special attention. The service has secured 400 units of Toyota Hilux patrol vehicles to curtail the importation of firearms and explosives through some of the nation’s porous borders.

He has also intensified the fight to rid the country’s borders of smuggled goods. The CG reinforced the hitherto disbanded Anti-Smuggling activities team code-named ‘Operation Chinaka’ with impressive logistics such as aircraft, anti ballistic actions (Bullet – Proof Vehicles), in addition to attractive financial incentives, there has been a hot pursuit of trans-border criminals, especially smugglers. The recent reports of numerous seizures of cocaine and other forms of contraband at Lagos Tin can Island port is a clear testimony of the current wind of transformative leadership.

The growing accolade that has trailed the superlative performance of the customs boss is not out of place. If you doubt this, take a cursory look at rate of revenue collected by the customs since he came on board. This was achieved through the motivation of staff and checkmating all hiccups and loopholes.  The Customs recently overshot the target by over N200 billion and has perfected ways to consolidate on the target.

Alhaji Abdullahi Dikko, 31st CGC of the 116 years old agency has a burning desire to come first in whatever he does. On emergence, he came up with a six – point agenda targeted at elevating multifaceted standards of the NCS but with what is on ground, he has surpassed the six- point agenda.

What with infrastructural development (building of estates, purchase of staff buses, renovation and equipping of clinics with modern health facilities, empowerment of officers’ wives.

He did not stop there; he stepped up efforts at curtailing smuggling by going into partnership with the Economic and Financial Crimes Commission (EFCC).

The NCS/EFCC programme is designed to checkmate smuggling activities at the borders as well as fire the consciousness of its officers and men and improve integrity and quality service. Other objectives of the programme is to educate officers on key areas of EFCC/NCS mandates and activities for greater synergy, complementary roles and when to take advantage of the special powers of the EFCC as spelt out in the Establishment Act.

It is also aimed at encouraging officers to undertake a re-examination of their work processes and procedures for possible areas of vulnerability to acts of corruption and enhance their ability to identify such loopholes in their various units and departments.

Furthermore, the programme aims to encourage the NCS to create an integrity or zero tolerance unit to sustain the campaign against corruption and promote transparency, accountability and integrity at the work place.

In view of global best practices, the Dikko-led NCS has also trained its officers to take over the destination inspection (DI) service at the ports and borders from concessionaires to whom billions of naira are presently paid annually.

The reform so far carried out by his administration earned the Nigeria Customs international recognition, giving Nigeria the hosting right of the World Customs Organisation’s 66th policy commission meeting and 117th/118th council session for the first time in the history of the service.

He has won so many local and international laurels on account of his ability to reform the Customs. 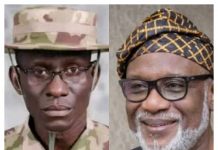 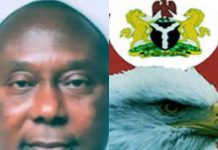 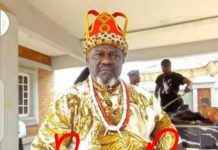 PAYMENT OF MINIMUM WAGE & GOVERNMENT EXPENDITURES: THE IMPERATIVE TO REVIEW...

Landmines The ICPC Board Chairman Should Watch Out For