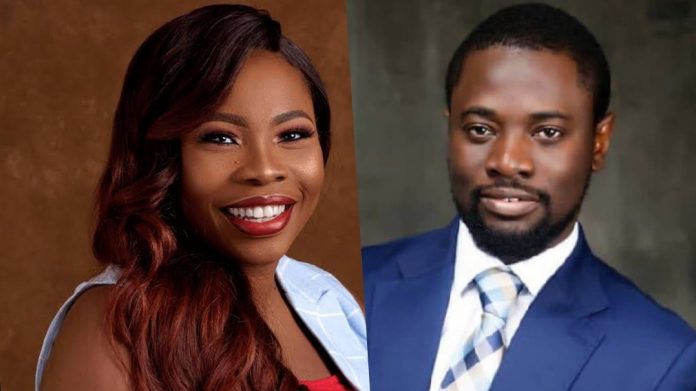 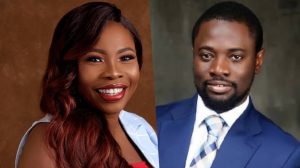 Bamise and Elizabeth Ajetunmobi, have reportedly gone into hiding after squandering over N22 billion investors’ money.

NATIONAL WAVES gathered that the said N22 billion investments seem to have gone down the drain as Bamise and Elizabeth Ajetunmobi the brain behind Imagine Global Solutions, promoters of Imagine Lenders Microfinance have allegedly gone underground with investors’ funds.

This allegation was levelled against the duo by several investors in the finance scheme who posted their accounts on social media.

Affected individuals and companies who invested money in the micro-lending firm have since formed WhatsApp groups to enable them trace the whereabouts of the managing director of the firm, Bamise and his wife, Elizabeth, who serves as the chairman of the board of directors.

Bamise Ajetunmobi, a former staff of one of Nigeria’s banks, had allegedly lured some of his former colleagues in the banking industry to join his venture and offered them gargantuan salaries in the investment company which claims to lend to small businesses at 22 per cent and pays a monthly return of 10 per cent to investors.

Several victims on social media detailed how they lost between N20 million to as much as N500 million to the micro lending firm.

On its website, the firm said it projects “to become the biggest money lender in Africa, Eastern Europe and South America in the next ten years. Over the past 4 years Imagine Global has recorded considerable growth in customer base from 30 in 2016 to 90,000 customers as at October 2020.

“The company currently has 400 staff. The Loan repayment rate is 98 per cent for the past two years. The company has customers across over 350 market locations in Lagos, Benin Republic, Ibadan, Ogun State and Abuja” its website reads. Offering services such as mortgage, working capital finance, healthcare and education loans, and the firm on its website said it “understands the difficulties that most of the businesses face in availing small business loans. Our professionals take a proactive approach to help small and medium-sized business owners fuel their entrepreneurial aspirations.”

They were also restrained from accessing funds up to N11,795,090,000 in their accounts pending the hearing and determination of the Motion on Notice for Mareva Injunction.

Justice Abdullahi Oyekan-Abdullai granted the Mareva injunction on October 24, 2021 following an October 15, 2021 ex-parte application in Suit no: LD/579CM/2021, filed by the Claimants/applicants, through their counsel, Adetunji Adedoyin-Adeniyi of AAA Chambers.

The claimants/applicants are aggrieved that Nigerians heavily invested their funds in Imagine Global and according to the motion, the N11,795b is the outstanding investments and return on investments accruing to the Claimants/Applicants from the defendants.

The court barred, in the interim, the banks from dealing in any manner whatsoever with any and all monies and/or whatsoever assets due to the Defendants from any account whatsoever maintained by the 1st – 4th Defendants and also all accounts with BVN: 22168443525 (3d Defendant) and BVN:22141952749 (4th Defendant), wherever situate up to the N11,795,090,000.

The Mareva Injunction also restrained the defendants, in the interim, from dealing with any and all of the monies standing to their credit in any accounts in the banks up to the amount.

It further restrained the defendants from selling, transferring, assigning and/or dealing with the following properties: Apartment 7, Oakwood Residences, 23, Cooper Street, Ikoyi, Lagos and B4, Gate 3, Lafiaji Road, Victoria Crescent Estate, Olugborogon, Chevron, Lekki, Lagos or any other properties of the 1st, 2nd 3rd and 4th Defendants that can be traced and located by Claimants/ Applicants during the pendency of the suit.

The judge directed the banks to file and serve on the Claimants/Applicants’ Counsel within 7 days of service of the order on them, an affidavit disclosing the balance on the defendants’ accounts.

It directed the applicants to file an undertaking as to damage in case the order ought not to have been made.

Return of mutilated notes by customers to banks is a continuous...