Home Business Why They want CBN Governor, Godwin Emefiele Out 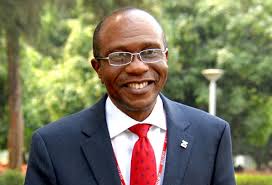 The political intrigues playing out as being orchestrated by the advocates of Mr. Godwin Emefiele’s sack is nothing but sickening. You wonder what Emefiele’s sins are. The clamour is assuming a maddening crescendo without the advocates considering the implication of their endeavour on the economy. About two years ago, an unprecedented political action spearheaded by hawks around government made the government in power to suspend the governor of the Central Bank. Though unprecedented in the annals of Nigeria, the suspension by fiat had its consequences on the economy. The governor then was Mallam Sanusi Lamido Sanusi, now Emir of Kano. At that time the Nigeria economy was in good shape. But consequent upon that action, the economy began to have issues as the international community out of panic lost interest in the economy and they began to recall their investments.

The case of Emefiele, the current CBN Governor is even more laughable and dangerous. It is obvious that some powerful hawks want him out.

The same intrigues are now playing out. Emefiele and the Bank he runs in the last few months have been under undue vilification by supposedly critics but who are obviously agents of the enemies of the people of Nigeria. A lot of ignorance is playing out, with underserved blames being heaped on Emefiele’s head. Mr. Godwin Emefiele may have been unlucky to be appointed as governor at a troubled time of the economy, but he came prepared. Rather than being supported, he is being bashed left right and center by those bent on seeing him leave the exalted position. Reasons as canvassed by these hawks in and around the corridors of power, both informed and uninformed, are that Emefiele is bereft of ideas and lack capacity to run the economy. What some of these enemies of Nigerians do not know or pretending not to know is that, the economy which is having some challenges is not caused by the governor. The global crude oil price which has witnessed its ever lowest point is majorly the cause of the bad shape of the economy. The nation’s revenue has dipped. Oil as we know is the only major source of financing the economy. Emefiele is not responsible for the dip, or volatility of crude oil price. Rather than lending all hands on the deck to fix it, we have embarked on blame games.

Worrisome to patriotic Nigerians is these unabated attacks on the Central Bank and Mr. Emefiele. It is certain that the governor has stepped on some powerful toes in the society when he promised Nigeria and Nigerians that the Central Bank under his watch will spend its energies on building a resilient financial system that can serve growth and the development needs of the Nigerian people. Keen watchers of the Nigerian economy will agree that, despite the current challenges which are not peculiar to Nigeria, the Bank under Emefiele has been resolute in fulfilling its mandate. This is why they are calling for his sack.

Those clamouring for Emefiele’s sack can be categorized into three groups – the FOREX speculators and looters who want their monies out at all cost, the BDC owners – some of who registered between 5 and 10 under different company names and the international currency sharks and their media.

Though the Bank over the years has been a whipping child of all manner of political and economic pundits and the novice alike, the battle for the removal of the governor started immediately after he pronounced the suspension of 41 items from the FOREX window of the Bank. A patriotic decision he took (as if he foresaw the impending shortfall in the nation’s revenue) to encourage local production of the items, and rein-in the drain in the foreign reserves.

Instead of Nigerians asking – why it took any government official this long to take this kind of policy decision? The local investors and their international cronies took up arms against the Bank. Nigeria’s economy is almost down and out, just because of the precarious situation we found ourselves as a mono-economy. Should we not note as a nation that instead of vilifying Emefiele, he should be encouraged further with his economic diversification agenda of making the CBN a model central bank that is delivering price and financial stability, aimed at promoting sustainable economic development.

Emefiele’s second sin was his battle against currency speculators and looters. He came out strong with reforms in the Bureau de Change sub-sector, and immediately after, both local and international conspirators took up battles with the CBN using their accomplices in the media – particularly the online outfits and some international magazines and broadcast media like the Financial Times of London, The Economist of London, Reuters, Bloomberg, to mention but few and the local media demanding for his removal.

In an edition of the Financial Times of August 16th, 2015 it derogatively tagged the decision by the Bank to reform the BDC sector in its editorial as “Nigeria Adopts Unorthodox Measures to Defend the Naira” written by one Maggie Fick. So was the editorial of The Economist edition of July 15th, 2015 entitled “Toothpick Alert”.

The local media has also been awashed with warped, uninformed stories and articles from emergency economic commentators and columnists, doing the bidding of their paymasters. The rating agencies were not excluded in their neo-colonialism enterprise. Since Mr. Emefiele embarked on his radical reforms in the financial sector, Standards and Poors has never hid his aversion for some of the policies churned out by the CBN. So was JP Morgan’s delisting of Nigeria from its Government Bond Index. Was the decision taken by this commercial bank to delist Nigeria not an insult on our national integrity? Just because CBN refused to further devalue the Naira? What about the dire consequences of devaluation on some Nigerians who spend over 70% of their expendable income on food items alone. And since the CBN refused to heed their satanic campaign, these neo-colonialists and their collaborators, veiled as intellectuals, businessmen, NGOs and journalists, particularly the online media, have embarked on ‘tailor-made sack campaigns’ to make way for the candidate they want to replace Emefiele.

Surprisingly too, is the unpatriotic attitude some NGOs that enjoy annual subventions from these neo-colonialists. They have joined the fray, raising their voices to the roof calling for Emefiele’s sack apparently to satisfy their masters. They may not like the face Emefiele, but has anyone come out with superior argument to fault his monetary policies. We cannot continue growing other economies and kill our own. Has Godwin Emefiele, and the CBN, decided to chart a new course for Nigerians, who are these detractors to say otherwise. The United States Dollar is not Nigeria’s currency, why should we dollarize the economy? Why must we kill the Naira?

With some of the revelations coming out from the media lately about the CBN, it is also obvious that many of its staff may have been compromised and recruited into this unpatriotic endeavour. And as moles they are likely to have been induced to compromise and undermine the system, while not ruling out the activities of the deposit money banks. Many of the managing directors of some deposit money banks have been undermining the CBN, and this is simply because they had expected Emefiele, being a former colleague, to churn out policies that will favour them. Under Emefiele, the CBN has accelerated the e-payment systems, thus making it difficult to perpetrate fraud hitherto rampant in the banking sector. The CBN through its Biometric Verification Number (BVN) has blocked avenues through which bank customers are duped of their hard earned money. Are these the sins of Emefiele?

The clamour for his sack has assumed a dangerous tempo; and we need to thread carefully. It is quite obvious that many of the promoters of this evil campaign are those who felt shortchanged with the CBN pro-people policies who are trying relentlessly to arm-twist the President, Muhammadu Buhari, to heed their evil call. If Emefiele is removed, what would the promoters and their agents achieve? What would be the consequences of their action on the economy and the already impoverish Nigerians?

Ms. Christine Largarde, the Managing Director, International Monetary Fund (IMF) when she visited Nigeria few months back said Nigeria is an economy the 21st century is waiting for, if only the government can tackle and fix some defective structural challenges noticed in the economy. This is what Godwin Emefiele has been doing, even before the constitution of the federal cabinet. Let the campaigners sheath their swords and join hands with Emefiele and the President, Muhammadu Buhari, in redirecting the course of economy than pull him down at all cost. It is all about Nigeria, not Godwin Emefiele. 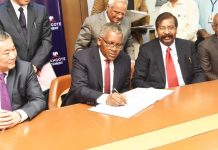 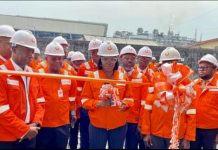 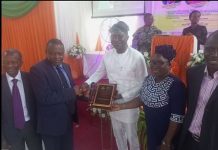 Why We Bestowed NSE Award On Julius Berger- Engr. Opanuga