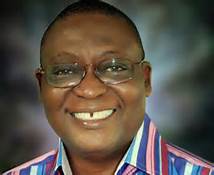 The national caretaker committee of the Peoples Democratic Party (PDP) has accused the All Progressives Congress (APC) of using Sen. Ali Modu Sheriff to scuttle its re-organisation.

A member of the caretaker committee, and new PDP spokesman Prince Dayo Adeyeye, made the claim at a press briefing in Abuja on Tuesday.

Specifically, it accused the APC of using the former governor of Borno State to make sure the PDP doesn’t have a candidate in the forthcoming governorship election in Edo State.

Adeyeye, a former minister of state for education, was reacting to the assumption of office by Sheriff in Abuja on Monday as the national chairman of the crisis-ridden party.

The party had at a national convention in Port Harcourt, proclaimed the sacking of the National Working Committee headed by Sheriff.

But before the convention was held, Sheriff had announced its cancellation, which he said was due to numerous court orders on the party.

Adeyeye also queried the role played by the police in allowing the trio access to the party’s national headquarters, saying the three men, accompanied by three lorry loads of thugs and bandits, invaded the National Secretariat as early as 6:00 a.m.

He stated that when rumors of the planned invasion filtered out on Sunday, the caretaker committee took steps to alert the police to secure the building and to protect the lives and properties of members, a responsibility they discharged satisfactorily up to a point.

“However, later on without any justification whatsoever, Sheriff and the other renegades were allowed to gain entry into the Secretariat, where they later proceeded to address a press conference,” he recalled.

“While we are still trying to understand the role of the police in the entire saga, it is curious that the police made no arrest of the thugs who openly brandished various dangerous weapons in and around the premises of the secretariat in the full glare of the police.”

According to him, the police claimed to be acting on ‘Orders from above’ in allowing Sheriff and his cohorts to gain entry into the Secretariat, querying who was the authority that issued that order.

“What we are however very certain about is that Sheriff and his fellow renegades are being used by the enemies of the PDP to destroy the party and to prevent it from reorganising itself, so as to provide a credible opposition and alternative platform for the forthcoming Edo State Gubernatorial election and 2019 elections.”

Adeyeye said the PDP had what he called “credible intelligence that Sheriff had a meeting on Sunday night with an APC governor from West,” where he alleged that it  was agreed that he would be given full security and financial support to exacerbate the crisis in the PDP with the objective of preventing the PDP from presenting a candidate for the Edo governorship elections, or at the very least to prevent the PDP from offering a serious challenge to APC.”

He, however, assured supporters of the PDP in Edo State in particular, and Nigeria in general that the party will take necessary measures to prevent it from being hijacked by political merchants asserting that Sheriff had no court order that empowered him to continue as National chairman.

He stated that Sheriff and his cohorts had continued to shop around to buy any court order at any price, but had not succeeded, thanks to the vigilance and integrity of the judiciary.

Adeyeye further stated that Senator Ali Sheriff was appointed, not elected, by the National Executive Committee of the PDP to complete the tenure of Alhaji Adamu Mauzu, which would have ended last February 14.

“Senator Ali Sheriff was given an extension of three months by the NEC of our party to organize a National Convention.   The appointment of Senator Sheriff was not ratified by any National Convention of our party; so constitutionally, he has no other mandate which can extend beyond  May 21st 2016,” the spokesman said.
He claimed that the case before Hon. Justice Ibrahim Buba of the Federal High Court in Lagos was instituted by Sheriff and the others to restrain the PDP from conducting election into the offices of the National Chairman, National Secretary, and National Auditor.

On the other hand, Adeyeye said that the court did not restrain the PDP from conducting the National Convention, which he described as the supreme organ of the party under the PDP constitution. 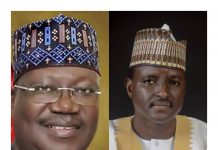 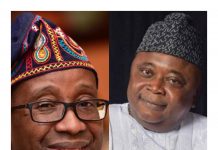 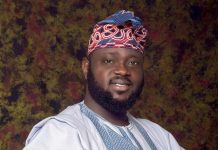