Home News ‘We Shall Deal Ruthlessly With Igboho, Dokubo For Trying To Divide Nigeria’-... 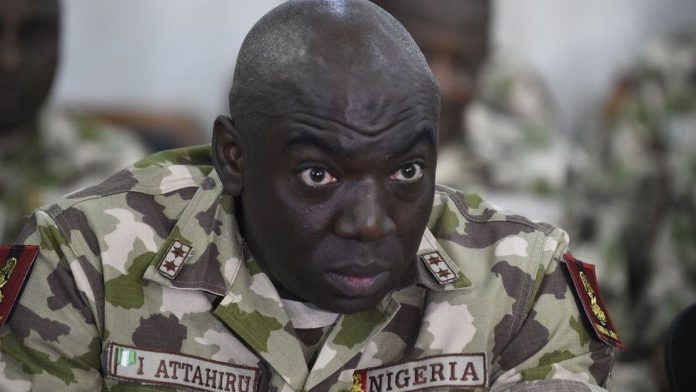 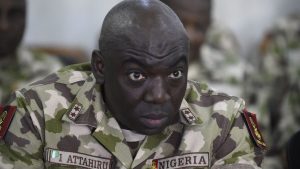 The Chief of Army Staff (COAS), Lt. -Gen. Ibrahim Attahiru has said the  army will soon move against separatist agitators such as Sunday Igboho and Asari Dokubo for trying to divide the country.

The COAS gave this warning on Monday in Uyo at the first Commanding Officers’ Workshop 2021.

It will be recalled that Igboho recently unilaterally declared that the South west part of the country was no longer part of Nigeria. In the same vein, Dokubo had also announced the establishment of Biafra Customary Government in which he incorporated some parts of the South east and South south as part of the territory.

While warning the duo to desist from such act, Attahiru promised that the Nigerian Army will deal decisively with every form of security threats confronting the nation, including those posed by the secessionist agitators like Igboho and Dokubo.

He  assured the nation that the Nigerian Army would soon surmount attempts by some individuals to compromise the territorial integrity of the country by the declaration of sovereignty on behalf of ethnic nationalities in the country.

“The Nigerian Army under my leadership would remain proactive and jointly work with other security agencies to decisively deal with threats facing the nation.

“The Nigerian Army under my watch remains resolute and is poised more than ever before to decisively deal with individuals or groups that threaten the peace, security and stability of our great nation,” he said.

Attahiru called on participants at the workshop with the theme, “Repositioning the Nigerian Army to Defeat Contemporary Adversaries in a Joint Environment.” to commit themselves to the dictates of their duty to the nation.

The Army chief said that he would continue to provide mission oriented training through workshops and build capacity for the military that would make the army dependable and feared by all adversaries.

I was not aware of moves to gag the press in...